While originally developed for military operations, the use of drones for domestic purposes is quickly becoming widespread. Initially used for reconnaissance missions and eventually fitted for remote airstrikes, researchers have developed more affordable technologies, making drones, also known as UAVs (Unmanned Air Vehicles) more and more popular for private, personal, and commercial use. UAVs have permanently shaped the landscape of modern surveillance and are continuing to pave the way for remote observation. 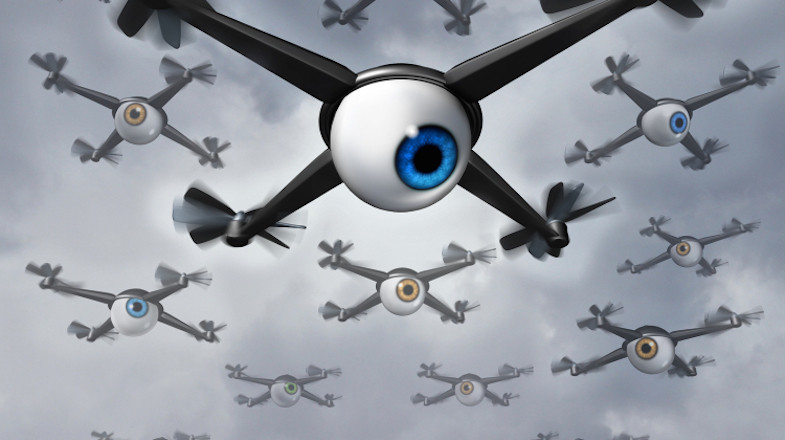 An Eye in the Sky

The most obvious benefit of drone usage is, like a CCTV camera, they provide vision of an area without someone physically being there. Unlike a camera, however, they are not limited to one position. A camera has blind spots. Its field of view is limited by its position and angle. A UAV, however, is mobile. It can navigate, patrol, and even follow subjects. As technology develops, drones are increasingly being able to take these actions independently without the use of remote control. Eventually, UAVs will no longer need human input and will complete tasks autonomously.
Nooks and Crannies

UAVs also are reshaping surveillance through their maneuverability. These mechanical miracles are being built smaller and smaller; some are even able to fit in the palm of your hand and are no taller than a loonie. Their small size allows them to navigate and survey locations otherwise inaccessible by cameras and people and provide recorded and live feeds of these areas.
More Bang for the Buck

In some instances, drones equipped with cameras may be more cost-efficient for surveillance than a set of stationary cameras or in more mobile cases, a helicopter. The maneuverability that a UAV confers means they can cover more vision; one UAV may be able to view what four or five stationary cameras can keep an eye on. Furthermore, UAVs are not only less expensive to operate than a helicopter but are significantly less expensive to maintain. 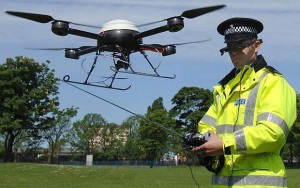 Everything But the Kitchen Sink

Perhaps the most significant way in which UAVs are changing surveillance today is their versatility. Different UAVs are able to be equipped with incredibly advanced high-definition cameras, thermal and night vision, 3D-mapping programs, alarm systems, stun-guns, weaponry, and even supply drops. UAVs can be fitted to perform multiple tasks in addition to operating as lookouts. Their mobility compounded with their adaptability means that drones are (and will continue to) take the place of humans in otherwise dangerous and potentially fatal activities, including search-and-rescue missions, firefighting, hurricane monitoring, and more.