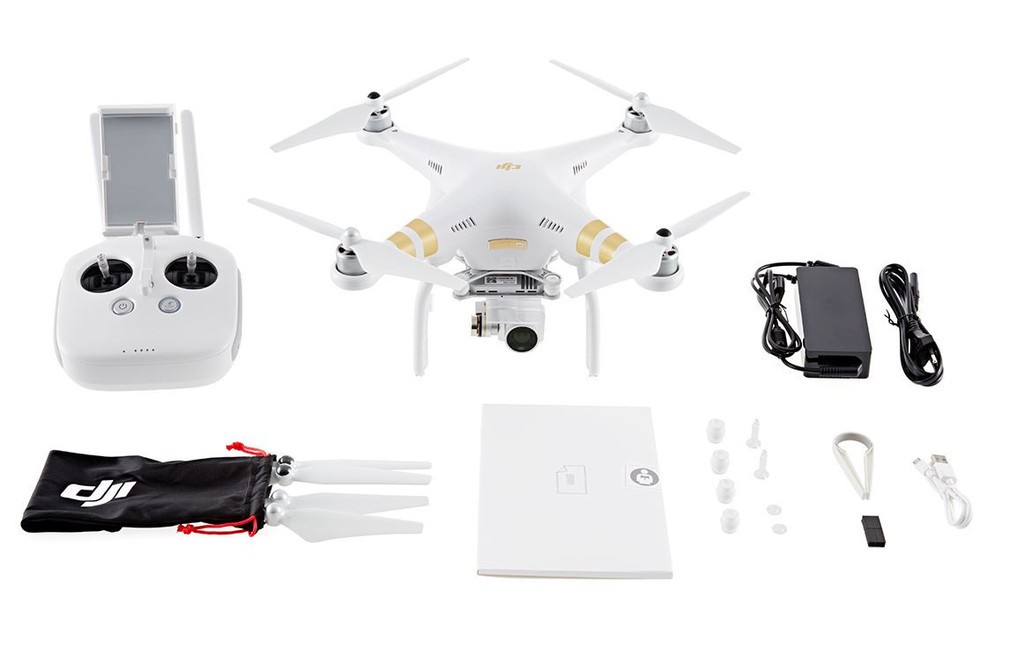 The Phantom 3 4k offers an intuitive set of controls and a plethora of automatic safety and stability enhancement features. As well as the capability to capture 4k video at up to 30 frames per second and 12 megapixel still images. The camera itself has a high-quality lens with a 94-degree field of view.

The Phantom 3 4k’s battery allows it to fly for extended periods of time, giving it up to 25 minutes of flight time on a single charge. The pilot can also view the current battery level via the companion app that can be installed on their mobile device.

The 4k also includes all of the same automatic flight capabilities as the Professional. However, the 4k isn’t without its downsides. Unlike the Phantom 3 Pro, the Phantom 3 4k uses a 2.4GHz WiFi controller for video downlink with a maximum range of only 1.2 kilometers, whereas the Professional uses DJI’s advanced Lightbridge technology, which is more reliable and has a maximum range of 5 kilometers.

The DJI Phantom 3 4k UAV is an amazing quadcopter and has most of the features of the Phantom 3 Professional for over $200 less, and during the current DJI Tenth Anniversary Promotion, the price is discounted an additional $200! The 4k also has the same smart features as the Phantom 3 Pro. The only real difference between the two is that the 4k’s transmission range is less than a quarter of the Professional’s. For its price, the 4k is probably the best 4k drone available. With all the features of a professional drone for a far lower cost.